It's Just a Bit of Water

How often do you stop and think how lucky you are? I mean really sit down and think hard about it rather than the "Yay, we had a nice day." kind of lucky. If you're anything like me, probably not that often. In fact, I can't remember the last time I really, really thought about it. But I did today...

We have had no hot water here for the last three days. It's been a bit of a nightmare boiling the kettle to do everything requiring hot water and the little ones have had to have showers instead of baths. Otherwise it hasn't been too bad.

We had the valve changed today so we now have hot water again. I was thinking about how hot the water seems now after only having cold for a while. That led me on to think about my trip to South Africa a few years ago and the people I met out there. In the township, they had a tap in the garden and they used to have a big bowl and jug (like your Granny used to have) to collect water and wash with. We take these seemingly simple things for granted, even just running water.

I remember seeing the world so differently when I came back. I was disgusted by how selfish, greedy and wasteful we all are. These people truly had very little and were so grateful of everything given to them.
I stayed in camp with a German girl during the course and for a week a group of students from Dimbaza stayed too. I was totally amazed during this week about how the German girl reacted to the students. Bearing in mind she was studying to be a game ranger in their country, she said they were greedy to eat everything they could get hold of whether it was theirs or not. They were annoying as thy used to sing (very well) and laugh together in the morning when they woke up. She felt they were holding her back in her studies and she was more advanced than them. She even asked to stay at the other camp while the students were there so she could study and get some peace! I was glad when she went and the rest of us got on famously. They were a great bunch and very friendly. They invited me back to their township for the weekend to see where they lived and I was well looked after.

I am saddened that I haven't done anything to make a difference to the suffering over there. Comic and Sport Relief are doing such a great job of raising money and awareness of life over there. I remember watching this year moved to tears by the absolute torture that John Bishop put himself through in raising money for this worthy cause. He is a true hero in my eyes. I then spent the rest of the night crying at the awful conditions children are living in all over the world.


I am really annoyed with myself as I made a plan to raise money in aid of UNICEF. I even blogged about what I was going to do. Have I done any of it? NO. I have just sat here stuffing my face and worrying about stupid, insignificant things like having no chocolate or the state of the house. As there is no time like the present I shall make a commitment to raise £500 for UNICEF by Christmas. I don't know how but I will do it! I will set up a Just Giving page if any of you fancy donating or sponsoring me in my yet unknown events.

Maybe I should put these two pictures on my wall as an incentive.... 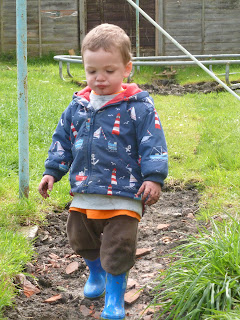 Posted by Kat Sighs at 21:55
Email ThisBlogThis!Share to TwitterShare to FacebookShare to Pinterest