I am sure a lot of you reading this will have felt the need to tighten the purse stings a little at some point over the last year. We certainly have. I don't mind telling you that things are quite tough here at the moment. Things are taking a little more juggling than usual so we are really watching the pennies. I have made a few discoveries that I thought I would share with you in case you find yourself in a similar boat heading our way!

First, and most importantly, food. I have discovered that I have been a bit of a food snob. I have always picked out brand names or own brands rather than the economy range. I was of the opinion that we aren't that hard up to buy revamped left overs. (I know, I'm cringing typing that!) Well, our need is such now that we are indeed buying the economy range in certain places and I am surprised to say, it's not that bad! Ok, so there are some differences. Having economy pies mean we have a new meal time game of spot the chicken, an added bonus but for 89p for a box of 4 what do you expect?! 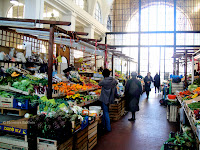 I am starting to think about alternatives for our meals now. Instead of having meat for every meal we have more pasta or rice dishes. We are also having potatoes more often too. I have started buying less lean cuts of meat as they are more than twice the price of the value alternative. We also buy a lot of our food at the local Sunday market as it is amazingly cheap in comparison. I realise it may not be organic or reared free range but with 4 hungry men to feed can I really be that picky? Over 1kg of mature cheese or bacon is £5, Chicken breasts are £1 a large fillet, pies and pasties are just silly money. If you are shopping on a budget then I strongly recommend you try out the fare at your local market, you may be pleasantly surprised.

I have also come to realise the amount of things we used to buy that we don't actually need. I am trying to cut down on buying the crisps and biscuits we get in favour of fruit and cereals. The only one who has struggled a bit with this so far is Big but he is at the age where he is fueled mainly by sugar! I think we have just got into the habit of shopping for the sake of shopping. Now we are just buying what we are actually going to eat with no excess. The cupboards seem empty and the fridge seems almost bare BUT we aren't wasting anything any more! We eat everything that is cooked as that is all there is until breakfast. Snacks are now fruit, toast or a hot chocolate which is just as good as crisps and a chocolate biscuit. It is a bit hard at times, I admit but it's a necessity.

Fuel Use
We also installed a gadget this afternoon that attaches to our electric meter which displays exactly how much electric we are using and how much it is costing us. At the end of the week this information is uploaded to our electricity account so we are charged what we have actually used not a rough estimate. I think it's great. It has interested Big. He is amazed when he turns on the kettle and the meter goes from a steady 200w to over 2000! Time to get strict on leaving things on I think.
We have also altered our heating clock so it is on a timer now rather than coming on whenever the temperature drops too low. We have done the same with the hot water as we only use it for cleaning and the boys evening bath. Our shower runs on a different system and the washing machine has a cold water feed.

I also noticed on our fuel bills that we can save £6 on our service charge if we sign up online and get paperless billing. We only get a 6 monthly online bill now but if we are updating our usage online every week our bills should be pretty accurate from now on!

I am planning my car journeys now too. Instead of doing the school run and driving about during the day. I am limiting my trips to tie in with the school run so we aren't using as much fuel. It is ridiculously expensive and we can't afford to do much more than the school runs each week.

It is amazing just how much you can save just by doing relatively little things. I think the hardest thing is not what you buy, it's changing your buying habits. I used to get the same things every week and a lot of it would go to waste for one reason or another. Now I am quite enjoying the challenge of getting as much as I can for the least amount of money. I would much rather carry on saving like this so we can afford to do other things, like a holiday, instead of it just going on food.
Posted by Kat Sighs at 23:13
Email ThisBlogThis!Share to TwitterShare to FacebookShare to Pinterest