Reasons To Be Cheerful

Thanks At this stage of pregtastic fatness, I am looking for ANYTHING
to cheer me up or make the days go quicker! I have hit the wall and feeling like this is going to go on forever. I know it won't and to anyone who isn't counting the minutes, 6 weeks will fly by. Unfortunately, as any Mum can verify, it doesn't matter how many people tell you "that's not long" it still feels like eternity!!

Anyway, one of the projects we wanted to complete before bambino arrives was to decorate our bedroom and Bigs tiny pink room. Bless him, he hasn't complained once about it being pink. To be honest, he only took the fairy stickers down after he brought a mate round who obviously laughed at him. He is so laid back he's almost horizontal! 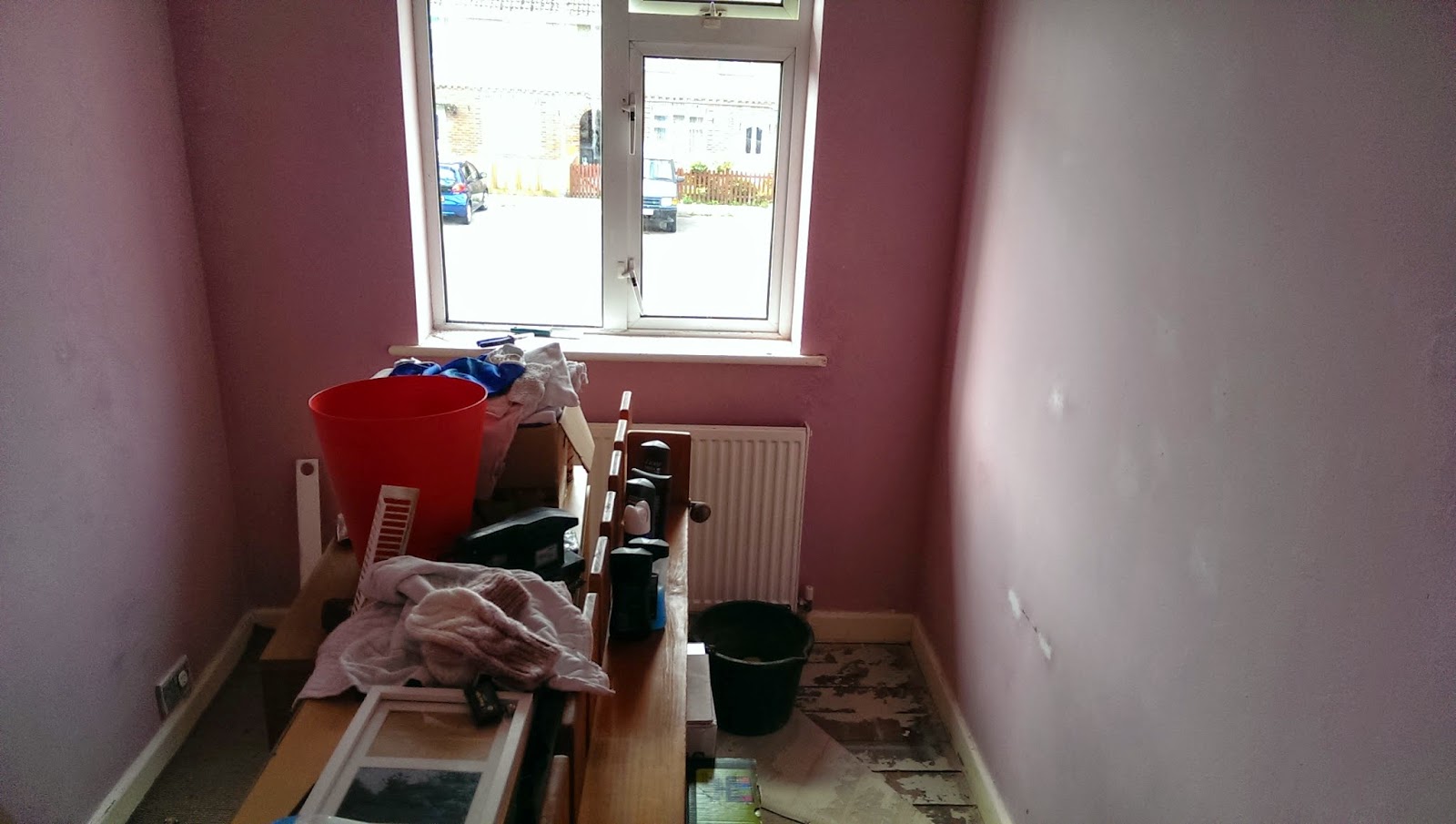 So, he went to Turkey for 2 weeks with his mate and family. The perfect opportunity to get his room done. He chose the colour he wanted before he left so all we had to do was splash it round the walls...

After a few late nights putting the boys to bed, it was nearly the weekend and we hadn't done a lot. I had moved some furniture about and done a bit of filling holes and sanding butthat was all. We had a fantastic weekend away in Cornwall visiting Hannah (CupcakeMumma) and her family. I did feel slightly guilty when we got back that I should have been doing his room but it only lasted a couple of minutes!

My fabulous Dad came over and helped my husband get most of the room painted. It took a while as there was a fair amount of preparation to do. The walls had been filled previously then painted over so there were rough patches everywhere. We also bought new sockets and a light switch as the old ones had several layers of paint and were broken. The new ones have rounded edges and look really smart. The glossing was a bit of a pain. I had some Once so thought it would only take one coat on the woodwork. Wrong!! The stuff was hopeless and didn't cover the wood very well at all. It took two coats in the end but some patches are still visible. I hate glossing. It stinks, it takes ages to dry and if you get it wrong it ruins  the whole room. Still, it's done now.

Next we bought some carpet. Big was home by this point so he came and chose what he wanted. Again, super Dad came to the rescue with some underlay so he spent Tuesday with Big showing him how to lay carpet. I bought him a new bookcase as his had fallen apart so I put that together while they were busy. 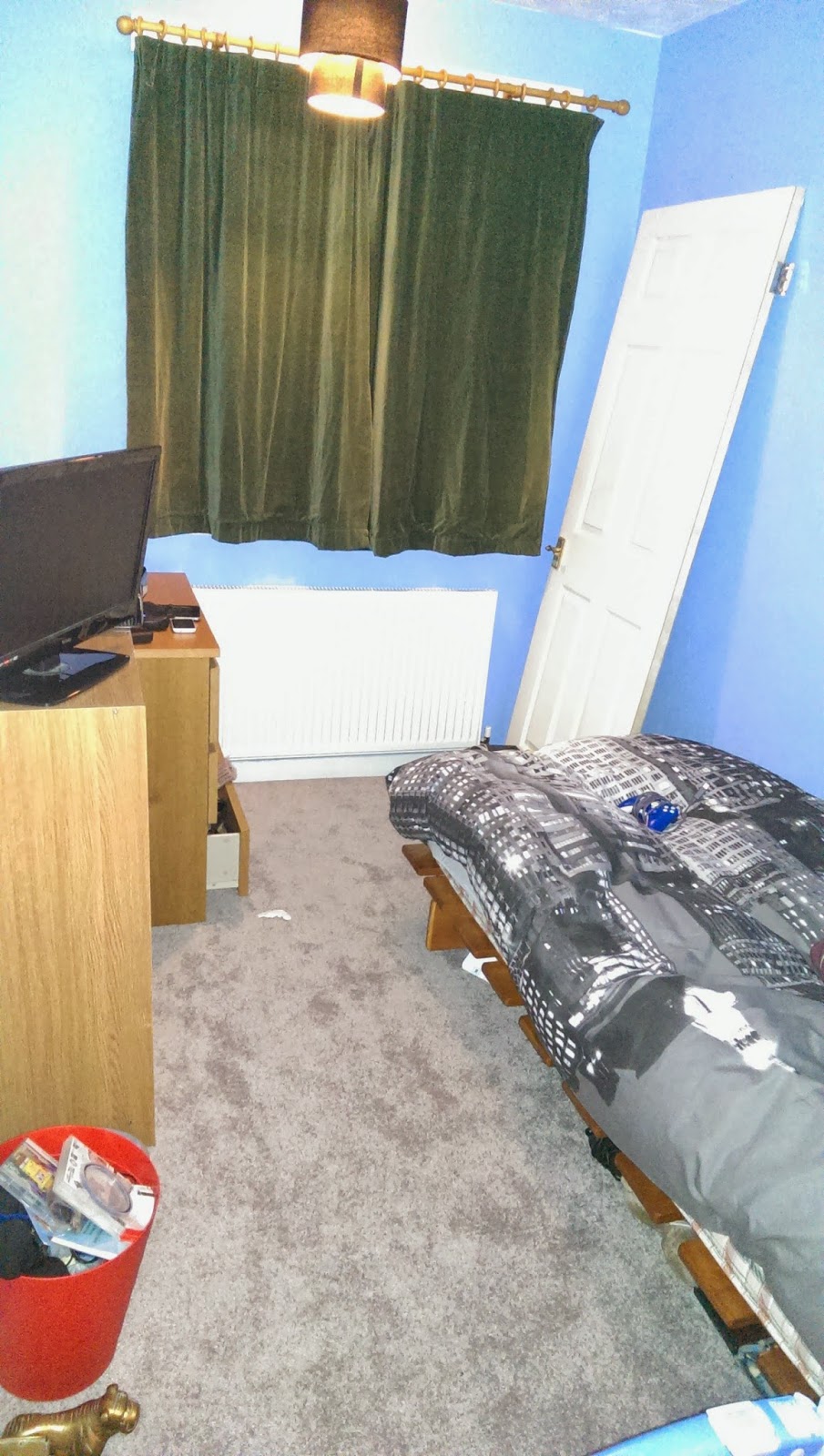 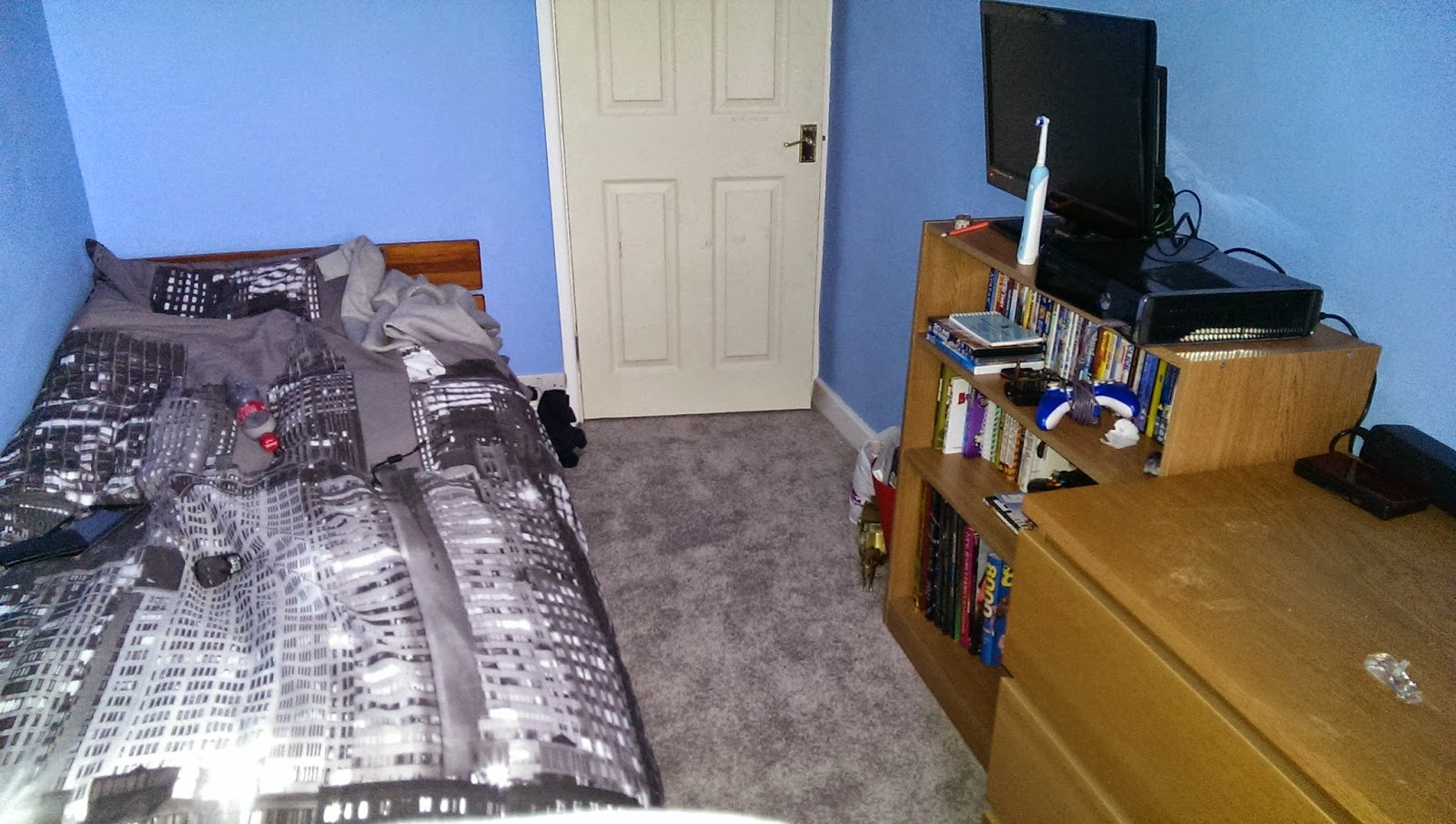 Today he has put up his new blind that was delivered yesterday and trimmed the bottom off his door. It still needs a bit taking off so super Dad is going to sort that out for him as its a hollow door. 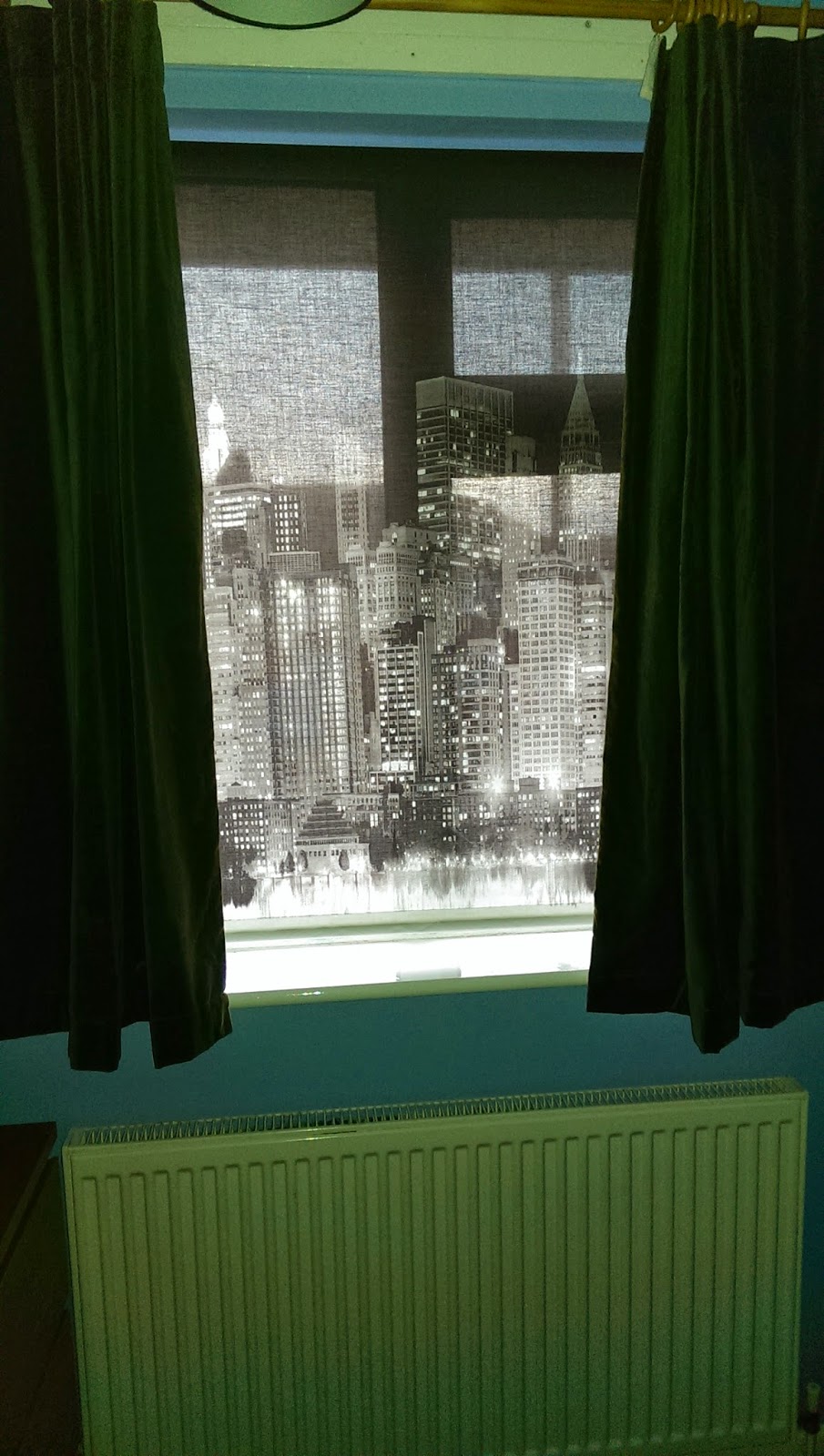 I have no idea why the white paint has come out green in this photo. Looks quite cool though!

His room is now finished apart from the door. I am a little jealous if I'm honest. He has his own little space in the house all to himself. I also have total carpet envy!!


Posted by Kat Sighs at 21:25
Email ThisBlogThis!Share to TwitterShare to FacebookShare to Pinterest